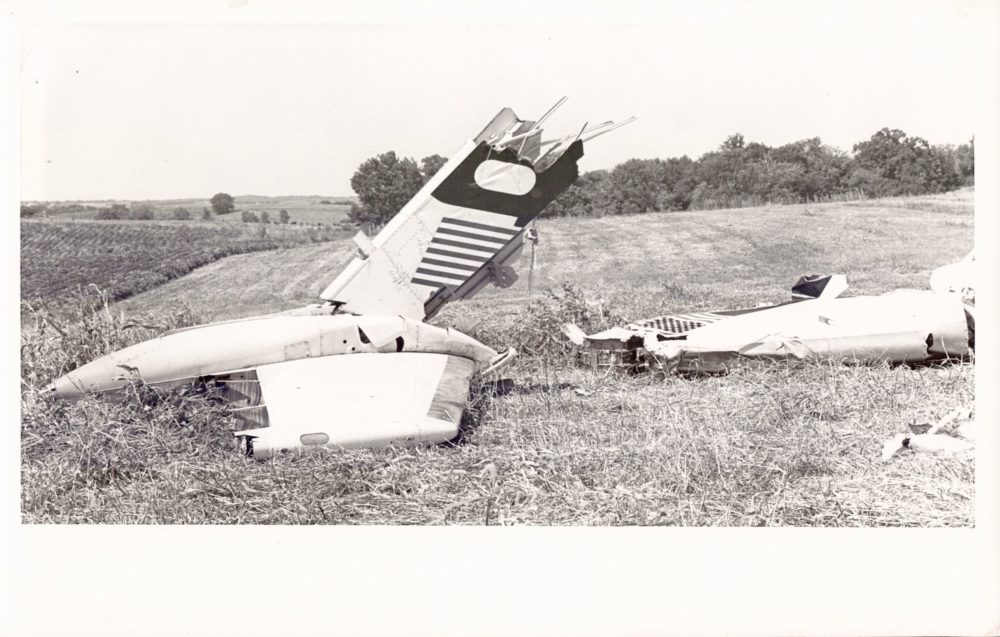 Steve is the author  of Deadly Turbulence: The Air Safety Lessons of Braniff Flight 250 and Other Airliners, 1959– 1966. McFarland: 2014. The book can be found in libraries around the world, as well as all the usual online retailers.

Jet airliner operations in the U.S. began in 1958, bringing, it was thought, a new era of fast, high, safe, smooth, sophisticated travel. But almost immediately, the new aircraft were involved in incidents and accidents that showed jets created new problems even as they solved old ones. This book discusses five disasters or near-disasters of the early Jet Age, experiences which shook the industry, regulators and public out of early complacency and helped build a more realistic foundation for safer air transportation. They include:

The book takes a particularly detailed look at the 1966 destruction of Braniff International Airways Flight 250 in Nebraska. Nearly two years of inquiry helped advance the understanding of jet operations in severe weather and saw the first use of Cockpit Voice Recorder technology in an aviation accident investigation. In addition, a University of Chicago professor, Dr. Tetsuya “Ted” Fujita, conducted a more intensive investigation of the weather system which downed Flight 250. Over time, Dr. Fujita’s already extensive knowledge of thunderstorms and tornadoes led to his creation of the Fujita Scale of Tornado Intensity, the F-scale that we hear about so frequently during storm season.

Steve is currently researching/writing a second book for McFarland.

Here is an excerpt from the book:

“A brilliant, full, round moon hung in the eastern sky, lighting up the southeast Nebraska prairie. The sides of houses and white cows illuminated in a ghostly palette by the lunar brightness ate hay in front of deserted gray barns and glanced up as a car rumbled past.

“The mood in the car was light, easy and fun. They laughed at how the moon was ducking in and out behind the clouds. The car churned up a long, expanding cone of ground dust which hung in the hot August air, swirling and curling in the car’s wake.

“The dust settled slowly on frogs croaking loudly in the ditches and the air was warm and humid; shirt collars stuck uncomfortably to the farmer’s neck, which was stained a deep red/brown from successive long summers of tending crops. A bottle of pop at home sounded like the best thing in the world, and he thought about the moment when he would draw it from the cooler, bits of crushed ice clinging to the bottle and dripping down on to the porch floor. For the farmer and his wife and daughter, it would be a fine end to an enjoyable Saturday evening spent over at his wife’s brother’s place a few miles away.

“For other folks, the evening was spent in town. Teenage girls did babysitting duty in the scattered farmhouses; teenage boys planned either secret rendezvous with babysitters or a general rise in the level of hell via hotrods or maybe some leftover bottle rockets from the Fourth. But for most folks, Saturday night was for shopping for supplies, dinner at the cafe, a movie for the kids, adults meeting friends on the courthouse grounds downtown and talking of everything from Russians and Beatles to murders and snipers to soybeans and who would be Johnny’s English teacher this year.

“At Prichard Auditorium, people were still hard at work setting up exhibits for the next day’s 4-H Club annual fair, part of an entire week of activities known as collectively known as Horseplay Days. And out at the Country Club, a birthday party with some rare “imbibing” was moving along at full-bore.

“A fine time was had by all, but ‘it’s already ‘leven o’clock and it’s high time we was in bed. Got church tomorrow, too!’ The town square began to empty rapidly and Falls City, a small Nebraska town of 5,600, prepared to turn in for the night.

“The farmer‘s old sedan rocked along the bouncy dirt road as it had so many times before, up and down over the gently rolling prairie hills. He noticed a line of storms stretching across the northern sky, slowly moving south-southeastward. The leading edge of the storm was like a shelf, with dark, roiling clouds piled on top. At the moment, the countryside around the car was still in the clear; the moon lit everything up so they could see everything for miles around. The farmer wondered if he even needed his headlights on, the moon was so bright.

“As they drove, a few low clouds came scudding in at right angles to them, pushed along in front of the large oncoming cloud mass. The storm front itself was pulsing with explosions of lightning inside. The oblivious moon kept playing its hide-and-seek game with the smaller cloud puffs, unconcerned about the front’s approach.

“Down in the car, the family was getting close to home now, seven miles northeast of Falls City. Lightning bugs flashed and crickets and cicadas were louder than the car. They could see the big mercury vapor light in their front yard now.

“As they watched the moon and kept an eye on the approaching front, they saw the red and white flashing strobes of an airplane coming up from the southeast. It was a jet, flying fairly low and imitating the moon by ducking in and out of the low clouds. The moon made its white wings and T-shaped tail stand out, the effect enhanced by the row of lighted windows down the speeding jet’s side.

“The good humor was still hanging about the car as the plane entered another cloud. In another instant, the entire night sky seemed to burst into flame, brighter and more sudden than even the lightning to the north. The laughter in the car stopped, choked off in their throats.

“‘My God, the world is on fire!’ the farmer’s wife screamed, finally recovering speech.

“The farmer stopped the car and they sat, paralyzed and mesmerized by the sight of a ball of flames dropping almost straight down from the turbulent sky. A glimpse of a wing tip sticking out of the blazing comet as it fell told the farmer that the plane they saw seconds earlier was now in big trouble. Their mouths dropped open as a whirling mass of metal and flame came slowly spinning like a top through the air in front of them. The light was so intense it burned itself into their retinas, and filled up their entire field of vision.

“Just as the farmer thought the wreckage would hit their car or house or both, it pancaked into a field up the road with an extremely loud bang, like a fist smacking onto a kitchen table. Shock waves rocked the car and wrenching metallic sounds assaulted their ears. The bang was followed by a massive flare of flames and debris shooting sixty feet into the air.

“He didn’t remember hitting the brakes, but he must have; the car was idling on top of a hill looking down on the scene just a quarter-mile away. And as they watched, too stunned to move, the fireball began slowly collapsing in on itself. Small, intense fires now dotted what the farmer realized was his own soybean field, just across the road, yards from his own house.

“Flashes of lightning from the still-oncoming storm and the waxing and waning moonlight still illuminated the scene, but the mercury vapor yard light had gone out, its automatic light sensor telling it that dawn had come already. The ball of light still imprinted on their retinas, they were roused by a loud clap of thunder. The storm, now looked more menacing than before, as if its anger had been ignited by the hapless jet.“

“The family could see that the gust front was rolling forward, an unstoppable force looking to commit mischief on whatever it touched. The family also realized that the still-burning remains of the plane were close — way too close — to their home and outbuildings and livestock.

“Antone Schawang awoke from his stunned state, hit the accelerator and sped forward, the rear-end sliding around on the loose gravel, his heart in his throat in anticipation of what he was about to find in his soybeans.

From Deadly Turbulence:
The Air Safety Lessons of Braniff Flight 250 and Other Airliners, 1959-1966,
by Steve Pollock.
© 2013 by the author. All Rights Reserved.

McFarland is celebrating its 40th anniversary this summer of 2019, so now is a good time to buy Steve’s book (or anyone else’s in their awesome catalog!).

[ News for summer 2019: “In recognition of the company’s 40th anniversary, McFarland will be running a website promotion June 10 through June 30 covering ALL books.  … For the general public, website orders will be discounted by 25%.  The website coupon code will be ANN2019, and will be advertised on McFarland’s website and social media sites just prior to the sale …”]