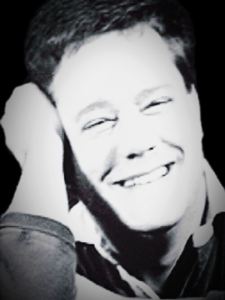 Welcome!
This is Steve’s teaching and career site, where he highlights his unique capabilities designed to serve education communities, learners, teachers and administrators, as well as parents and the general public—all with the goal of positively impacting young learners.

Feel free to request me. Consult the teaching calendar page to see if I’m available or text me/e-mail me. Thank you!

Steve was born in Roswell, NM, on December 14th, a cold Saturday morning in 1963, some three weeks following the assassination of President John F. Kennedy. He lived in Roswell and Clovis, NM, then moved to Duncan, OK, in 1974. He graduated from Duncan High School in 1982, and Cameron University in Lawton, OK, in 1986, with a bachelor of arts degree in English and a history minor.

He fell in love with airliners at the age of five. During a kindergarten field trip in the fall of 1969, he had a fateful encounter with a brand-new Pan American World Airways 747 during the type’s final certification trials in Roswell, NM.

Steve worked in various journalism and communications professional situations and then completed a master of arts degree in elementary educational studies with elementary certification in June 2006 at the University of Michigan in Ann Arbor. His certification to teach multi-subject grades K-5 and language arts and social studies in grades 6-8 (as well as ELL/CLAD instruction) is being transferred from Michigan and California during the spring of 2020.

He and his husband Frank (a librarian at Vanderbilt University) have also lived in Texas, California, Michigan, Colorado; they and their pack of four hound dogs now call Donelson, Tennessee, their home.

Photo above: Steve communicating with pigs on his dad’s farm, 1976.